Get our posts emailed to you with our monthly newsletter, subscribe here.

New startup companies are born every day. However, only a small percentage of them end up getting anywhere. In 2011, there have been many notable startups. According to statistics the majority of startups only last 2 years.

One of the biggest and most renowned startups in 2011 was Spotify. It came out of nowhere and has taken the music market at storm, creating great competition for huge players like iTunes. A similar startup that has grown very popular is Soundcloud which enables users to share their musical creations to friends and the world.

Another very popular finance related startup is Wonga, which has really came out of nowhere with a huge TV advertising campaign. Take a look below to learn a little more about 15 of the most promising ones for 2011.

Spotify is a music-on-demand service that allows you to stream a seemingly limitless amount of music for a flat monthly fee. It has been compared to Netflix and similar services, and it is already being hailed as a game-changer in the world of music.

AppsFire is designed to make it easy to find the apps that are right for you. It offers an intuitive browsing and search platform for apps across many different services.

Instead of having to click from Facebook to Twitter to other sites, a person can use Bambuser to check out videos across several different social networking platforms.

GroupSpaces is a social networking site for organizations and groups. It streamlines the process of creating an online presence for a group, and it is already quite popular.

There are many comparison shopping sites out there, but Check24 is being billed as a simple, streamlined alternative.

This site connects consumers with Asian factories that will create and manufacture custom furniture for them. Considerable discounts are a part of the deal.

Wonga is a startup that provides fast, easy loans with a minimal amount of risk. Everything is processed and handled online, and decisions are made in seconds.

This startup offers a viable alternative to pricey hotel rooms. It connects travelers with apartments in locations around the world that can be rented for short stays.

Keeping notes and learning more about a book is easier with Readmill, which is a startup that’s creating a lot of buzz.

As the creators of Minecraft, the wildly popular online game, this Swedish startup has a bright future.

This site allows you to keep track of the games that you’re playing across several platforms. It also lets you know what your friends are playing.

This startup is being billed as Flickr for sounds. It allows people to share their musical creations with the world.

As the largest social network for meeting new friends, Badoo is already growing in popularity. It is poised to become even more popular in the coming weeks and months.

This unique service connects people with specific skill-sets with employers who need them the most.

With compatibility for iTunes, this service alerts you whenever a favorite band or musician is scheduled to perform in your area.

Keep your eyes on the preceding startups throughout the upcoming year. Many are sure to become household names. 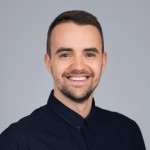 Owner of WhoDesignToday. Also CEO & Co-Founder of GetFound XL. Catch up with Justas on Twitter.

Subscribe to our email newsletter to receive useful articles and special offers. This monthly email is sent out on the first of every month.